Doses to Infants from Ingestion of Radionuclides in Mothers' Milk

Abstract - In the present report, ICRP provides information on radiation doses to the infant due to intakes of radionuclides in maternal milk. As in Publication 88 (ICRP, 2001) on doses to the embryo and fetus following intakes of radionuclides by the mother, intakes by female members of the public and female workers are addressed. Acute and chronic intakes are considered at various times before and during pregnancy as well as during the period of breastfeeding. Dose coefficients per unit intake by the mother (Sv/Bq) are given for the selected radionuclides of the same 31 elements for which age-specific biokinetic models were given in Publications 56, 67, 69, and 71. For these elements, doses were calculated for the most radiologically significant natural or artificial radionuclides that might be released into the environment due to various human activities. Dose coefficients are also given in this report for radionuclides of an additional four elements: sodium, magnesium, phosphorus, and potassium.

Relevant human and animal data on elemental and radionuclide transfer to milk are reviewed. The biokinetic models for adults given in earlier ICRP publications are adapted to include transfer to milk. Model predictions of fractional transfer of ingested or inhaled activity to milk are discussed in the report, and the corresponding dose coefficients for the infant are compared with dose coefficients for in utero exposure, as given in Publication 88. Illustrative information is also given on doses to the female breast from radionuclides in breast milk, and external doses received by the child from radionuclides retained in the tissues of the mother. For the additional elements considered in this report, but not in Publication 88, information is also given on doses to the embryo and fetus following maternal intakes of radioisotopes during or before pregnancy.

A CD-ROM is to be issued giving data that will supplement the information given in this report. In addition to the dose coefficients given here, committed equivalent doses to the various organs and tissues of the offspring will be given. Dose coefficients will also be given for inhalation of a range of aerosol sizes for the selected radionuclides of the elements covered by this report. 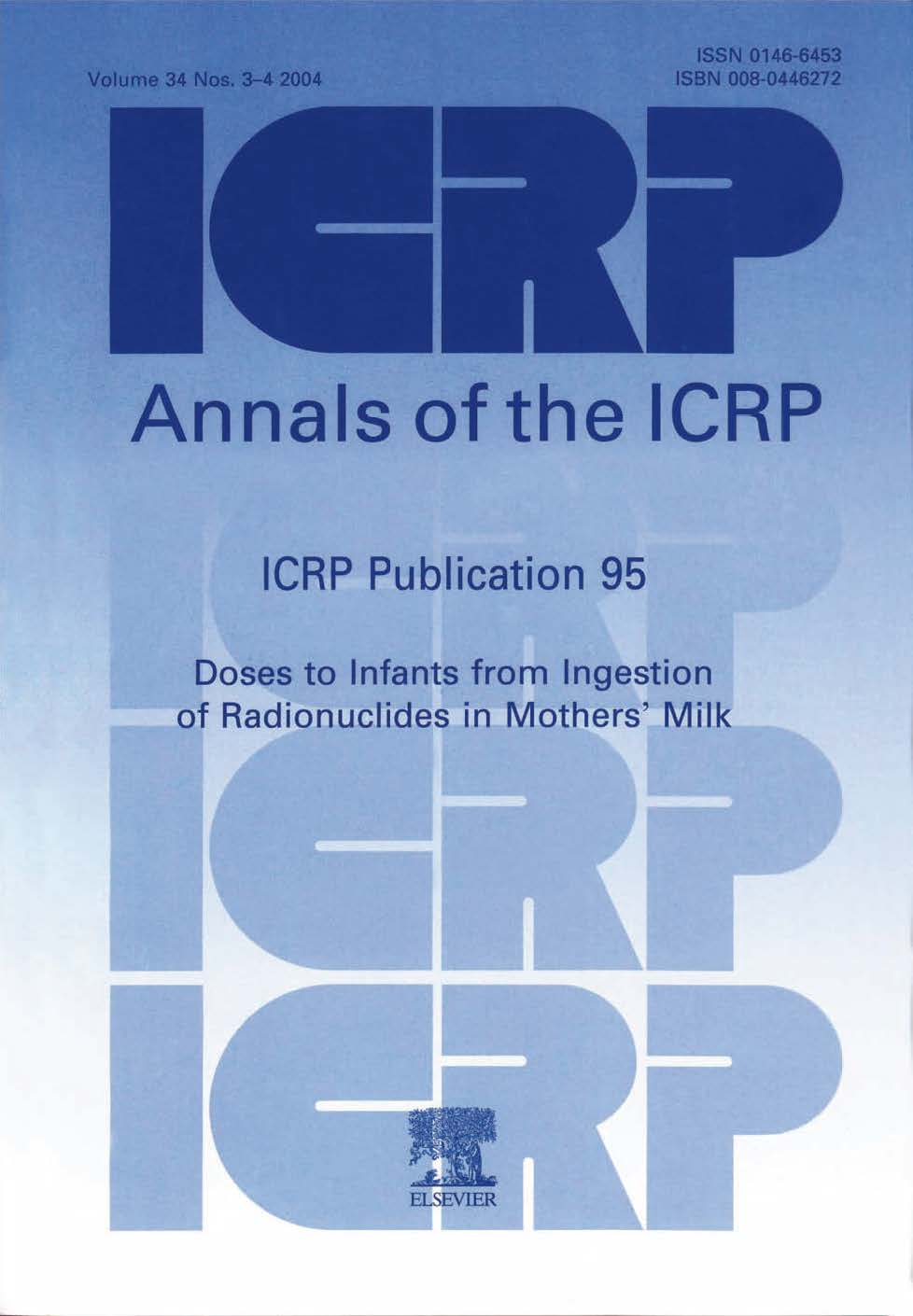