As an independent registered charity, ICRP relies on voluntary contributions from a variety of organisations with an interest in radiological protection, in addition to royalties from the sales of its publications, to fund its on-going work.

To ensure ICRP maintains independence from undue influence, these voluntary contributions are received with the explicit understanding that they cannot influence the development of the ICRP programme of work or the selection of ICRP members. In addition, ICRP has a policy of transparency with respect to its finances.

Based on a 5-year average (2007-2011), 83% of incoming resources come from voluntary contributions, 16% from royalties on the sales of publications, and 1% from other sources such as returns on investment. Most voluntary contributions to ICRP come from government departments or research institutes, although some also come from intergovernmental organisations, industry or industry funded groups, and professional societies. These come from sources in Europe, North America, Asia, Australia, and South America, as well as from several international organisations. Details are shown in the figures below. 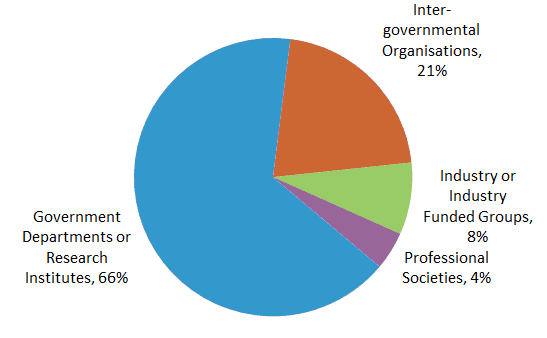 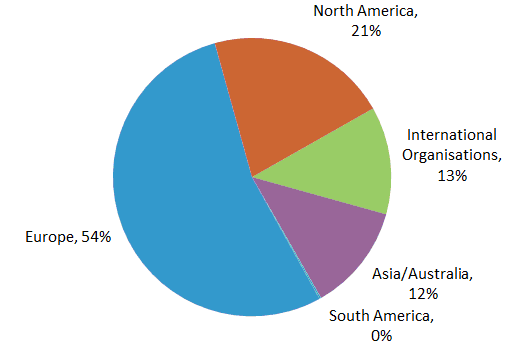 ICRP members are international experts who volunteer their time and therefore are not paid by ICRP. Resources go to cover meeting related expenses and to operate a Scientific Secretariat which includes three full-time paid employees.