Abstract - Following the issuance of new radiological protection recommendations in ICRP Publication 103, the Commission released, in ICRP Publication 110, the adult male and female voxel-type reference computational phantoms to be used for calculation of the reference dose coefficients (DCs) for both external and internal exposures. While providing more anatomically realistic representations of internal anatomy than the older stylised phantoms, the voxel phantoms have their limitations, mainly due to voxel resolution, especially with respect to small tissue structures (e.g. lens of the eye) and very thin tissue layers (e.g. stem cell layers in the stomach wall mucosa and intestinal epithelium).
This publication describes the construction of the adult mesh-type reference computational phantoms (MRCPs) that are the modelling counterparts of the Publication 110 voxel-type reference computational phantoms. The MRCPs include all source and target regions needed for estimating effective dose, even the micrometre-thicktarget regions in the respiratory and alimentary tract organs, skin, and urinary bladder, assimilating the supplementary stylised models. The MRCPs can be implemented directly into Monte Carlo particle transport codes for dose calculations (i.e. without voxelisation), fully maintaining the advantages of the mesh geometry. DCs of organ dose and effective dose and specific absorbed fractions (SAFs) calculated with the MRCPs for some external and internal exposures show that - while some differences were observed for small tissue structures and for weakly-penetrating radiations - the MRCPs provide the same or very similar values as the previously published reference DCs and SAFs, which were calculated with the Publication 110 reference phantoms and supplementary stylised models, for most tissues and penetrating radiations. Consequently, the DCs for effective dose (i.e. the fundamental protection quantity) were not found to be different. The DCs of ICRP Publication 116 and the SAFs of ICRP Publication 133 thus remain valid.
To demonstrate deformability of the MRCPs in this publication, the reference phantoms were transformed to construct non-reference phantoms that represent the 10th and 90th percentiles of body height and weight for the Caucasian population. The constructed non-reference phantoms were then used to calculate non-reference DCs for industrial radiography sources near the body, which can be used to estimate organ doses of workers accidentally exposed to these sources, and which reflect the body size of the exposed worker. The MRCPs of this publication were also transformed to phantoms that represent different postures (walking, sitting, bending, kneeling, and squatting), which were then used to evaluate variations in the DCs from the traditional upright standing position. 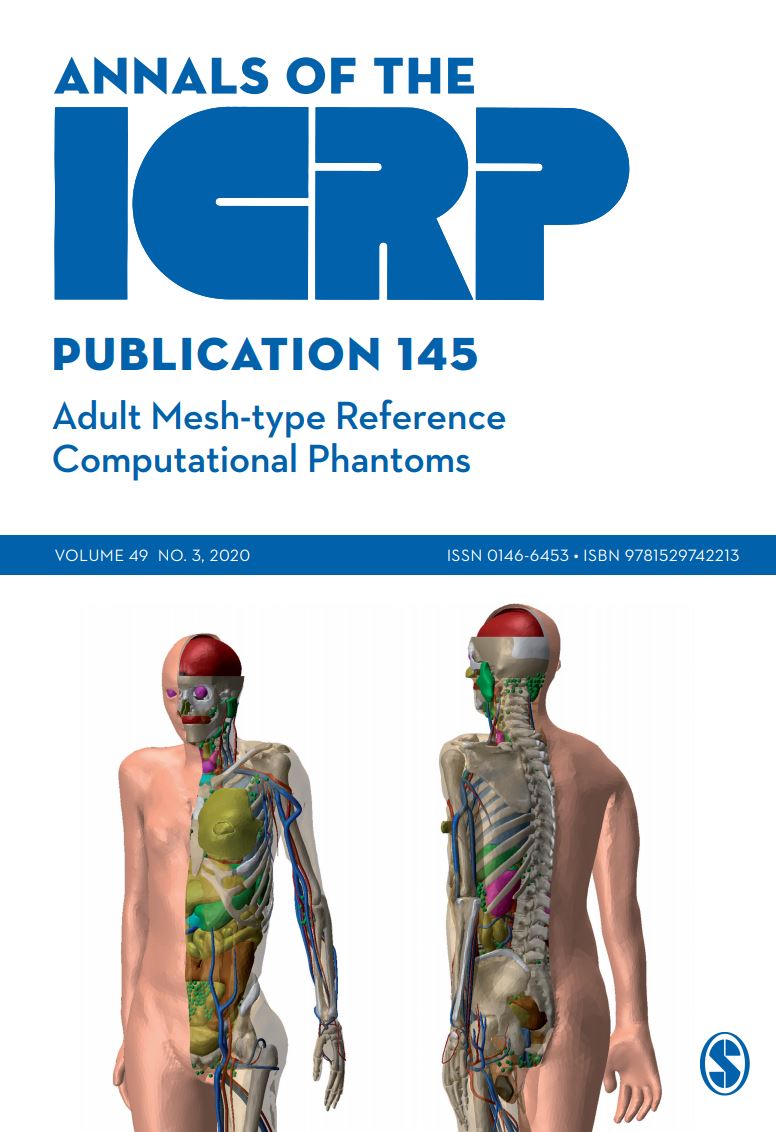