Assessment of Radiation Exposure of Astronauts in Space

Abstract - During their occupational activities in space, astronauts are exposed to ionising radiation from natural radiation sources present in this environment. They are, however, not usually classified as being occupationally exposed in the sense of the general ICRP system for radiation protection of workers applied on Earth. The exposure assessment and risk-related approach described in this report is clearly restricted to the special situation in space, and should not be applied to any other exposure situation on Earth. The report describes the terms and methods used to assess the radiation exposure of astronauts, and provides data for the assessment of organ doses. Chapter 1 describes the specific situation of astronauts in space, and the differences in the radiation fields compared with those on Earth. In Chapter 2, the radiation fields in space are described in detail, including galactic cosmic radiation, radiation from the Sun and its special solar particle events, and the radiation belts surrounding the Earth. Chapter 3 deals with the quantities used in radiological protection, describing the Publication 103 system of dose quantities, and subsequently presenting the special approach for applications in space; due to the strong contribution of heavy ions in the radiation field, radiation weighting is based on the radiation quality factor, Q, instead of the radiation weighting factor, wR. In Chapter 4, the methods of fluence and dose measurement in space are described, including instrumentation for fluence measurements, radiation spectrometry, and area and individual monitoring. The use of biomarkers for the assessment of mission doses is also described. The methods of determining quantities describing the radiation fields within a spacecraft are given in Chapter 5. Radiation transport calculations are the most important tool. Some physical data used in radiation transport codes are presented, and the various codes used for calculations in high-energy radiation fields in space are described. Results of calculations and measurements of radiation fields in spacecraft are given. Some data for shielding possibilities are also presented. Chapter 6 addresses methods of determining mean absorbed doses and dose equivalents in organs and tissues of the human body. Calculated conversion coefficients of fluence to mean absorbed dose in an organ or tissue are given for heavy ions up to Z = 28 for energies from 10 MeV/u to 100 GeV/u. For the same set of ions and ion energies, mean quality factors in organs and tissues are presented using, on the one hand, the Q(L) function defined in Publication 60, and, on the other hand, a Q function proposed by the National Aeronautics and Space Administration. Doses in the body obtained by measurements are compared with results from calculations, and biodosimetric measurements for the assessment of mission doses are also presented. In Chapter 7, operational measures are considered for assessment of the exposure of astronauts during space missions. This includes preflight mission design, area and individual monitoring during flights in space, and dose recording. The importance of the magnitude of uncertainties in dose assessment is considered. Annex A shows conversion coefficients and mean quality factors for protons, charged pions, neutrons, alpha particles, and heavy ions (2 < Z ≤ 28), and particle energies up to 100 GeV/u. 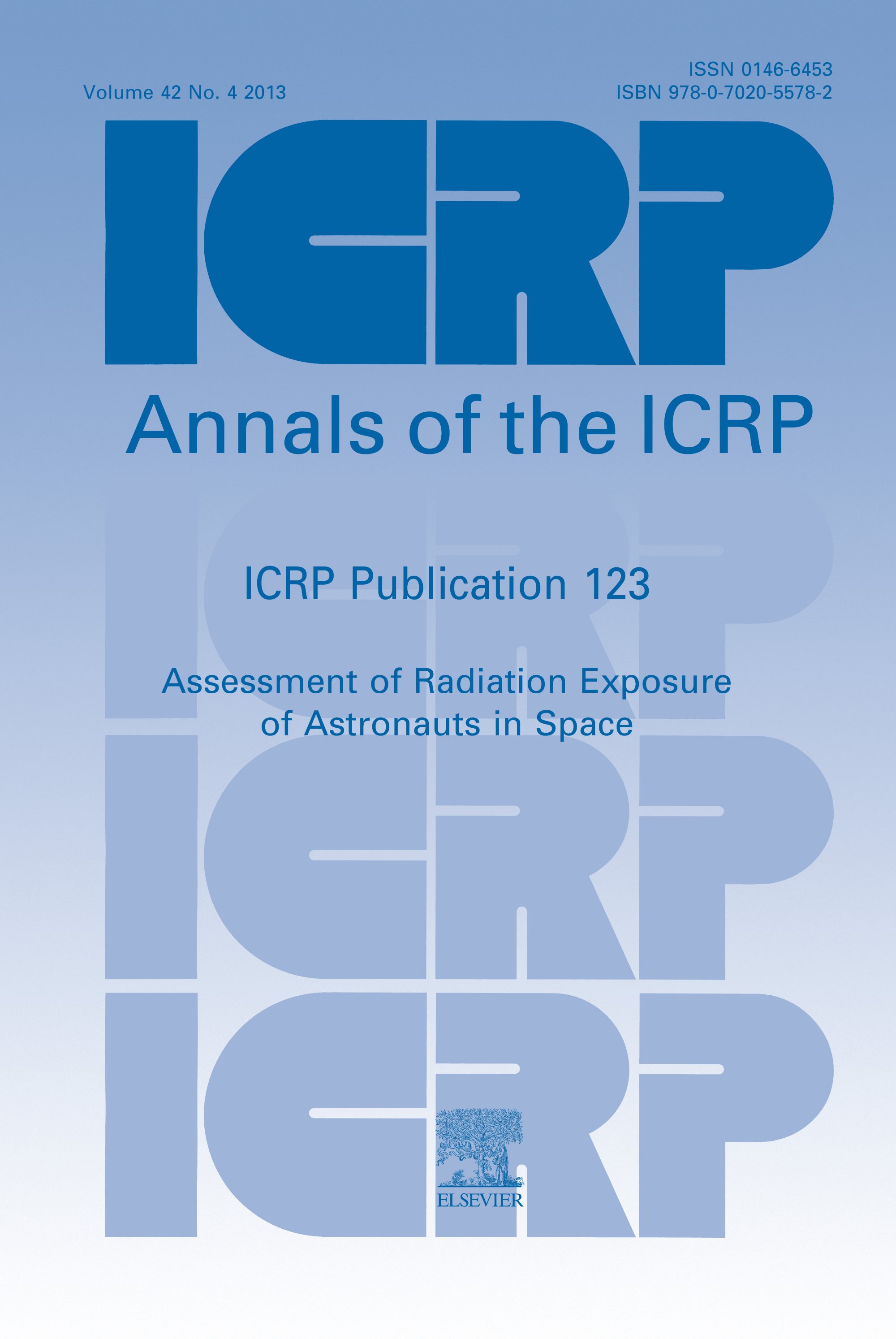